← more from
Meritorio Records
Get fresh music recommendations delivered to your inbox every Friday.
We've updated our Terms of Use. You can review the changes here. 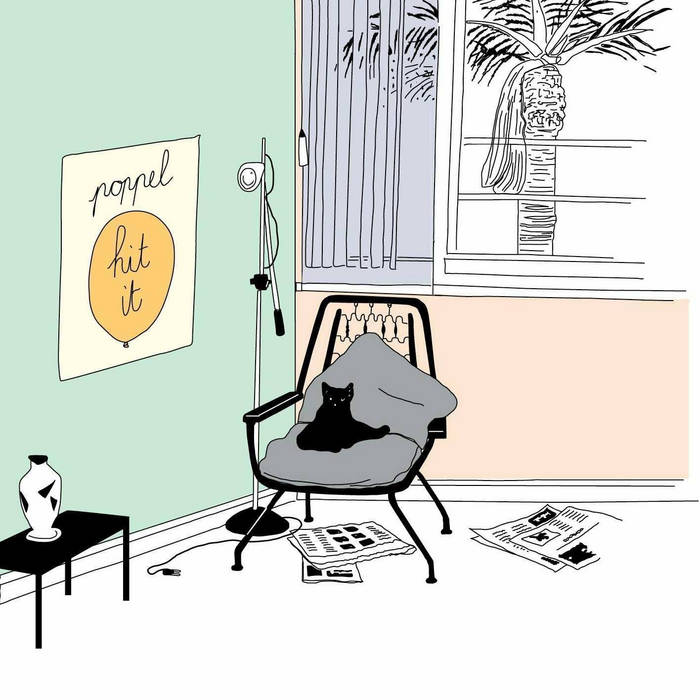 Late 2017 Poppel released its first full-length album, 'Hit It', and now is available on vinyl via Meritorio Records, including the entire 'Alright' EP..”

Poppel’s music oozes a love for shoegaze, jangle pop and lo-fi dream pop. The quartet got together early 2016 and didn’t stop working since.

'Couldn't Care Less', their debut cassette tape, was released independently and already is sought after by collectors. It was quickly followed by 'Alright', a well- received mini-release on CD.

Like many of its influences, Poppel, named after a small town in the north of Belgium, constructs its sound using only guitars, drums, bass and vocals. Singer/bass player used to earn some pocket money and recognition as one third of the now sadly disbanded Believo! (Zeal Records), who released two albums, a number of singles and shared stages with The Rapture, Dinosaur Jr., No Age and Best Coast. Guitar players Dries Hermans and Bram Van Gorp (part-time singer in Poppel) also added some colour to the Belgian underground scene. They toured Europe multiple times with Gasoline DC, Fake Indians and Video Volta. Van Gorp and Hermans share a love for the A minor chord, which ultimately brought Poppel to life. Living drummachine Lars Baeyens - aka 'the Campine metronome – completes the quartet. He’s been successful as a member of local heroes The Deer Friends.

Poppel has been likened to The Feelies, Guided by Voices, Pinback, Real Estate and Beach Fossils.

All songs by Poppel
Recorded and mixed at Studio 195 by Patrick and Poppel
Mastered by Uwe at Elektropolis
Artwork by dirk
Poppel is Fik, Bram, Lars and Dries

Bandcamp Daily  your guide to the world of Bandcamp